Good evening, my lovelies. Since it is going into spring time, I began to think about growth and new beginnings. Spring time is when animals start having their new babies and trees start getting new buds on their branches. With this idea of growth and renewal in mind, I decided to interview a member of the Church of Satan who is going through a process of redefining and growing into themselves. Put your hands together for a friend of I’m a Satanist And… Gwen!

All that being said, I am so very thankful to Gwen for being the latest installment in… 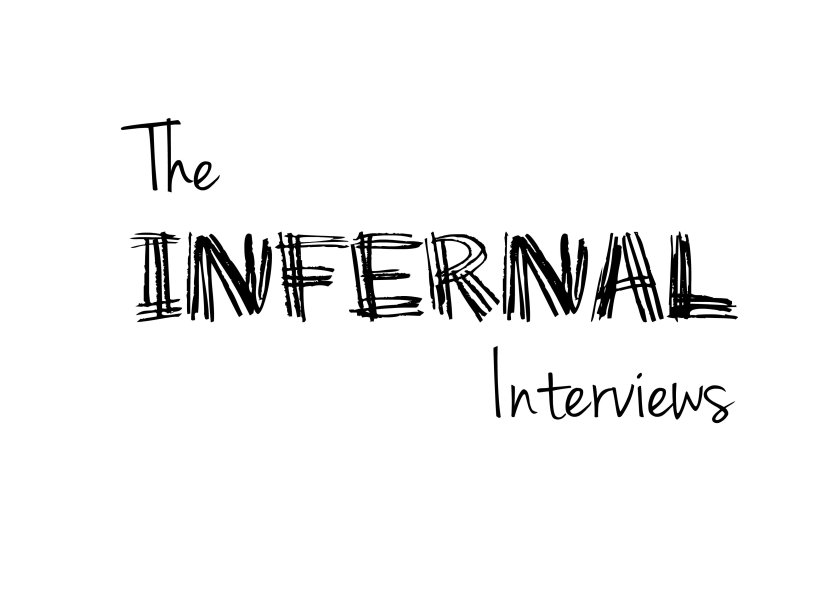 Better than I could have ever imagined since starting to transition, I didn’t know what I was missing out on!

2) Have you had any interesting or exciting experiences since starting transitioning?

More “funny” than interesting, I’ve had people not notice the physical changes, despite them being very obvious (along with me wearing female clothing etc).
One conversation I basically asked them if they’d noticed the changes, they said “your hair is longer?” – and I had to point at my tits (seriously) until they clicked that it was more than just hair being longer.
I was wearing a long flowing dress at the time too…..
3) Will how you celebrate your birthday change this year?
I haven’t decided fully yet, but something to do with 32-bit computing and femaleness – I’m still a geek at heart
4) What’s your favorite way to relax after a long day?
Coding something (currently working on an OS kernel), a bit of gaming or TV – often with a nice cold drink and a snack.
5) What do you say to Satanists who are anti-LGBTQA+?
“You aren’t Satanists” – seriously, people who don’t get that obviously never read LaVey’s work.
6) What did you grow up masterbating to? (Reader submitted: feel free to submit your own in the comments!)
I plead the 5th!
Ok, a few random girls I liked in school (sidenote: that held me back for years, I thought i couldn’t be trans cos I liked girls) and Sarah Michelle Gellar and a few other random celebs.
7) What’s the biggest change in your daily life thus far since beginning to transition?
Practical stuff mainly – taking my HRT meds (not a big change really, I already swallowed a bunch of nootropics and supplements daily for health reasons), different clothing, and applying makeup if I’m going out somewhere.
8) Has your relationship with the Church of Satan changed since your began the transition process?
Not yet, I haven’t got a formal diagnosis of gender dysphoria yet, once I have that i’ll be applying for a new card.
9) What’s the stupidest driving law in the place in which you (generally) live?
Not a clue, I don’t drive.
10) What is your favorite guilty pleasure song you would never admit to anyone else? (Reader submitted: feel free to submit your own in the comments!)
hmm……
crawling by Linkin park – edgy emo teenage crap, but I first heard it when I was a very emo teenager, and if you watch the video it kinda makes sense why I related to it……..

I hope you are all having a great day and enjoyed this installment in The Infernal Interviews! I’ll see you soon, my darlings.
HS!
LH

As I was scrolling through Twitter yesterday, a term caught my eye. “Homo Satanist”. As somebody who is part of the LGBTQ+ community, I began to feel myself prickle, preparing for rage. I was pleasantly surprised that it was actually a title of a book, as well as the title somebody had chosen for themselves. I was curious, so I dove a little deeper.

Fred Andersson is the an author and, while not a member of the Church of Satan, feels very connected to Satanism and the philosophy of Anton LaVey. So, I decided to send over some questions to get to know Fred a little better in this edition of 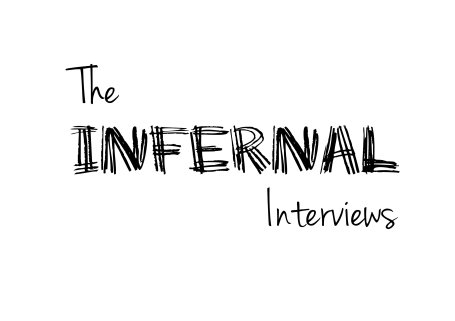 1) What is your relationship to Satanism and the Church of Satan?
I’m not a member of CoS, but I feel very connected to their philosophy and LaVey is a role model of some sorts, even if I don’t agree with him in everything. But that’s also the great part of CoS and Satanism; we’re all true individuals and respect each other. I’ve always, since I was a kid in a Christian community, had similar ideas and ways of looking at life as CoS, but it took me some time to understand the value in this. When a friend years ago told me I really need to read The Satanic Bible I bought it, read it, found it fun and interesting but it didn’t leave a big mark. Maybe I year later I picked it up and read it again, and some things spoke to me even more. And this happened every year or so until I finally “got it”. LaVey himself I’ve always found interesting and witty and I understand what he was trying – and succeeded – to do.
2) What does being part of the LQBTQA+ community and being a Satanist have in common?
I found out that may inside the community either sees themselves as Satanists or at least have the same philosophy, and I love this. I believe that Satanism, and maybe more specifically CoS, is the perfect thing or LGBTQ+ people, as we’re embracing ourselves, our sexuality, we breaking free from norms to live the lives WE want to live. Some Christians blame us gays for being egocentric – and I say YES to that, because we dare to do it. We’re not tied down by guilt and Christian moral rules; we live as we want.
3) Where would you take Charlie Chaplin on a date in the year 1994?
I would probably take him to an old wax museum in Sweden, now bankrupt since many years back, where they had THE worst very wax figure of him ever made. I think he would have appreciated it for some reason.
4) How do you celebrate Halloween?
The thing is, Sweden isn’t much of a Halloween country. The tradition itself have been growing over the years, but it’s not the same as in the United States. I usually try to watch one of the Halloween films, this time it was my hold favorite Halloween III: Season of the Witch. That one sets the mood very well!
5) Tell me the story behind Homo Satanist. How did you come up with the name/title/term?
It kinda just came to me while thinking about who I am. I usually just introduce myself as Fred, because Fred for me is everything I am – but if I’m not Fred then I’m not a homo sapiens like my fellow humans… and suddenly it struck me; I am Homo Satanist, a man of Satan. That felt so comfortable I decided to build a concept around it, and that’s one of the things that lead to the book.
6) What’s your favorite movie and why?
Difficult to say! In my personal collection of films, physical media, I have over 7000 titles! But If I must chose one I’ll chose Stanley Kubrick’s Eyes Wide Shut, a film which triggers both my fascination for the occult, rituals, sex and individualism. I love it so much I might one day write a book about it – and the novel it’s based upon and the 60’s Austrian TV-movie based on the same source. I always find something new in it and it still, to this day, have some of the best writing I’ve ever seen in a film.
7) Is there a story that you weren’t able to fit into your book that you’d like to tell?
Oh sure, but most of them deals with what’s legal in Sweden or not – and when some things still are not legalized or accepted it’s a bit difficult to talk about it without being branded a criminal. It’s not that I’m especially active in this area, but the idea of banning certain substances is primitive and goes against my whole idea of individualism.
8) What do you do when you’re bored? or Do you get bored?
I rarely get bored nowadays, but if that happens I usually watch the most depressing film I have available. It makes me appreciate my own life a lot more and triggers my emotions in very stimulating way. I also have a tendency to shop a lot of expensive books when I’m bored, which is both good and bad.
9) THE ZOMBIES ARE COMING! Quick, what in your house do you grab and why?
I suppose the cats have already escaped, so that means I’ll grab water and warm clothes. Because I bet I’ll need to hide in the woods for a while until it’s all over!
10) Do you have any other creative projects you’re working on?
I’m currently finishing the editing of a short story collection, which I hope will be published in two-three months, but it’s written in Sweden. I’m also halfway through something we can call Homo Satanist 2 and one book about chaos magic, or maybe more an inspiration to use magical thinking in everyday life.
The End
I love that in order to get over being bored, you watch a sad movie. That’s wonderful. Thank you, Fred, for taking the time to answer my silly questions and I hope your book does very well!
And thank you all for coming back and reading, I really love doing these interviews and you guys make it worth my time!
I’ll see you all later, my Sweet Satanists!
HS!
LH